Nine Dutch companies have signed a covenant with Bas Pulles, Acting Director of the international business division of NL Agency. Under the agreement, which was made on October 12, 2012 the Dutch government will co-finance marketing and other activities whereby the companies aim to secure a number of airport redevelopment contracts in Russia, with a value between €2.5 million (US$3.2m) and €5 million ($6.5m) in the next three years.

The covenant is the initiative of Netherlands Airport Consultants (NACO), a Royal HaskoningDHV company, who claim that in the longer term, projects worth between €20 million ($25.9m) and €25 million ($32.4m) may become available. Read more

How can we help you?

For more information about our services, please visit our contact page. 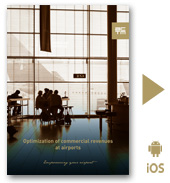